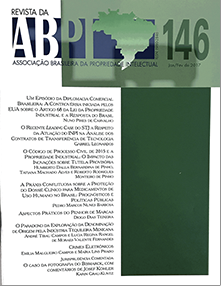 An Episode of Brazilian Commercial Diplomacy: The Controversy Initiated by the USA over Article 68 of the Industrial Property Law and Brazil’s Response 3

In 2000 the United States launched a dispute in the WTO against Brazil, on the argument that the requirement to locally exploit patents, as set under section 68 of Law 9,279/96, infringes several provisions of the WTO Agreement, namely the TRIPS Agreement and the GATT 1994. However, instead of defending itself, Brazil has counterattacked. This article, besides analyzing the national and international rules on patent exploitation, describes the strategy that led Brazil to win the commercial dispute.